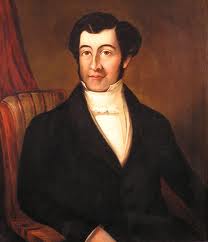 More on the Computer Fraud and Abuse Act

A majority of the rest of the Ninth Circuit must believe that Judge Campbell's view has merit. Last Thursday, the Ninth Circuit entered an order agreeing to rehear the Nosal case en banc. The prior Nosal opinion is no longer valid. More to come.
Posted by Michael M. Ratoza at 10:00 AM No comments:

It sounds axiomatic that the registration of a trademark requires the existence of a trademark. Similar to giving birth, a trademark can register only after it exists. Rene Descartes said it best: Cognito ergo sum ("I think, therefore I am").

But some trademark owners claim the right to a trademark when, in fact, there is no trademark. A case in point pertains to the recent decision of the Trademark Trial and Appeal Board upholding the refusal to register the proposed trademark LOCKBACK pertaining to a folding utility knife. The examiner refused to register based on descriptiveness and the TTAB agreed. Indeed the TTAB determined that the proposed mark is generic and pointed to the product packaging provided by the applicant as proof of genericness. 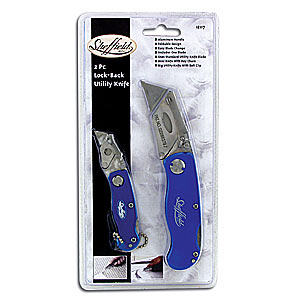 
The term “Lockback” is used to describe the type of utility knife (i.e., “Folding Lockback Utility Knife”). The term “Lockback” is not set off from the other words with which it is used.  “Lockback” is displayed in the same size, font, and style as “Folding” and “Utility Knife.”  As displayed on the package, consumers would perceive Ser No. 76679933 SHEFFIELD as a trademark, but not “Lockback.”  In this regard, applicant’s use of the federal registration symbol does not transform “Lockback” into a trademark.  See In re Aerospace Optics Inc., 78 USPQ2d 1861, 1864) (TTAB 2006); In re Brass-Craft Manufacturing Co., 49 USPQ2d 1849, 1853 (TTAB 1998); In re Remington Products Inc., 3 USPQ2d 1714, 1715 (TTAB 1987) (mere use of the “TM” indicator cannot transform an otherwise unregistrable term into a
trademark).

Cognito ergo sum
Posted by Michael M. Ratoza at 11:51 AM No comments:

Encouraging public insight to pour forth, the PTO has requested comments from inventors regarding personal experiences in enforcing patent rights in China. The PTO will use these public comments to prepare a report on the patent enforcement landscape in China.

The PTO held a series of roundtables in several Chinese cities this past summer to develop experience-based knowledge into enforcement of patent rights in China. The specific topics of the roundtables included:

Now, the PTO is extending an invitation to any member of the public to submit written comments of personal experiences in China dealing with each of the above five patent protection topics.The PTO notice in the Federal Register, published October 17, explains:


To ensure that the USPTO receives a wide array of views, the USPTO would like to invite any member of  the public to submit written comments on China’s patent enforcement system, including, but not limited to, the five specific issues listed above. Examples of firsthand experience using China’s patent enforcement system, and recommendations on ways to improve the system, are encouraged. Based on these comments, the USPTO intends to produce a report that details the patent enforcement landscape in China and identifies any challenges faced by U.S. innovators, together with recommendations for improving the system.

Written comments can be e-mailed no later than November 4 to IP.Policy@uspto.gov, or mailed to Mail Stop OPEA, United States Patent and Trademark Office, P.O. Box 1450, Alexandria, Virginia 22313-1450 USA, Attention: Elizabeth Shaw.
Posted by Michael M. Ratoza at 10:23 AM No comments:

Creation and Protection of an Actor's Audiovisual Performance Right

As discussed in my August 4 blog post, WIPO has shown a recent and enlivened interest in developing international copyright-based protection for an actor's audiovisual performance. Further to its purpose of protecting performance rights for actors, WIPO has recently announced that it intends to convene a diplomatic conference in 2012 to finalize a treaty protecting the rights of actors in their audiovisual performances.

The preliminary drafts of the proposed WIPO Treaty for the Protection of Audiovisual Performances give the exclusive right in the first instance to actors for the download of their performances by wire and wireless means.The current draft of the treaty provides in pertinent part that "Performers shall enjoy the exclusive right of authorizing the making available to the public of their performances fixed in audiovisual fixations, by wire or wireless means, in such a way that members of the public may access them from a place and at a time individually chosen by them." In other words, the treaty gives actors the exclusive right to control on-demand downloads of movies. As an alternative to granting actors exclusive rights over movie downloads on demand, the proposed treaty allows a contracting party to "establish a right to equitable remuneration for the direct or indirect use of performances."

It will be interesting to understand how the proposed international protection of audiovisual performances will play out in the U.S. Under the U.S. Copyright Act, a motion picture or other audiovisual work is deemed to be a work for hire, meaning that the authorship (and the right to copyright in the first instance) vests with the commissioning party, provided that there is a writing signed by the parties indicating that the work is a work for hire. Since application of U.S. law stops at the border, there may be a real concern on the part of motion picture and audiovisual producers, distributors and lenders regarding an independent performance right of actors in on-demand downloads occurring outside of the U.S. If foreign law does not recognize the U.S. work for hire rule in relation to the actor's performance rights, then the work for hire principle may not have much viability for overseas on-demand downloads of audiovisual and motion picture work. In this case, producers and commissioning parties may need to re-evaluate their actor compensation models and actor assignment agreements. Importantly, given the longevity of copyright interests in motion pictures and audiovisual work, producers, distributors, commissioning parties and actors should begin planning now for the potential impact of WIPO's proposed treaty.
Posted by Michael M. Ratoza at 12:45 PM No comments:

The October 11th edition of Science magazine features an article concerning the discovery of an early-human "art factory" in the Blombos Cave area of South Africa. The archaeological find may provide important insight into the early development of human reasoning, including the development of creative tasks. This find also raises an interesting question in copyright. That is, if the landowner of a parcel of land on which an ancient piece of art is found outside of the U.S. becomes the lawful owner of the treasure trove, does this also mean that the landowner can claim a U.S. copyright interest in the previously unpublished art once the art is published in the U.S.?

This past week on October 5, the Supreme Court heard argument in the copyright case of Golan v. Holder. The issue in Golan involves the constitutional ability of Congress to "restore" copyright protection to a work in the public domain under Section 104A of the U.S. Copyright Act. Reports of the oral argument in Golan suggest that Justice Ginsburg may be leaning to upholding the right of Congress to allow copyright protection for a work in the public domain under the view that a foreign work may never have had protection in the U.S. in the first instance (Scotusblog contains a full set of links to the various elements of this case). If an aged, foreign work has never been protected in the U.S., then one line of thinking suggests that there should not be anything wrong with granting full protection once the aged work comes into the U.S., even if the work becomes subject to U.S. copyright law years after its creation, assuming that the work is protectable in its home country.

Which takes us back to the ancient art factory in the Blombos Cave of South Africa. Wondering out loud what Justice Ginsburg's reaction would be to a copyright claim on a piece of art that newly arrives in the U.S. from the Blombos Cave? If the owner of the Blombos Cave art seeks to protect the 100,000 year old work under U.S. copyright law, would such an event not cause Justice Ginsburg, and everyone else, a bit of heartburn, assuming that South Africa would extend copyright protection to the previously unpublished work? Just thinking out loud.
Posted by Michael M. Ratoza at 1:21 PM No comments:

In his October 12th letter to President Obama, Sen. Ron Wyden (Dem., Oregon) asked President Obama to declare that the United States is not bound to comply with the terms of ACTA. The U.S., through the Office of the U.S. Trade Representative, and together with seven other nations, signed on October 1st in Tokyo the Anti-Counterfeit Trade Agreement. The signing nations are: U.S., Japan, Australia, Canada, Morocco, New Zealand, Singapore and South Korea. Of note, China, India and Malaysia are among the many nations not signing this agreement. ACTA seeks to establish an international legal framework for the uniform enforcement of intellectual property rights. Sen. Wyden argues in his letter that the President does not have authority under the U.S. Constitution to bind the United States on an issue relating to intellectual property and trade -- that only Congress has this authority. No response from President Obama has been noted to date, and no other members of Congress co-signed this letter with Sen. Wyden.
Posted by Michael M. Ratoza at 9:27 AM No comments: