Napoleon Sarony was a well-known photographer operating in New York during the middle part of the 1800s. He was renowned for taking photos of very famous people, including Samuel Clemens, William T. Sherman, Oscar Wilde and others.

Sarony took a photograph of Oscar Wilde in 1882, and a dispute thereafter developed over Sarony's ability to claim copyright protection -- and thereby control -- of the photograph. In 1884, in the case of Burrow-Giles Lithographic Company v. Sarony, the Supreme Court determined that a photograph represents copyrightable subject matter and that Sarony, as the photographic author, owned the copyright in the Oscar Wilde photograph. 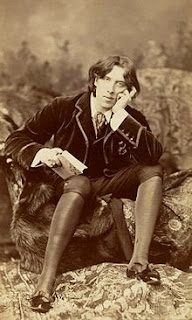 The Copyright Office remains in possession of the Sarony photograph submitted as part of Sarony's copyright application, and the photo is displayed periodically in the Copyright Office, located about two blocks from the Supreme Court building in Washington, D.C.

Judge Alex Kozinski of the Ninth Circuit may not have seen the Sarony photo, and may not have remembered the Sarony decision, Contrary to the Supreme Court's 1884 decision, Judge Kozinski maintains that the subject of a photograph owns the copyright and not the photographer. Judge Kozinski's wrong headed views were overturned by the Ninth Circuit.

The case from earlier this week out of the Ninth Circuit reaffirms a basic tenet of copyright law relating to photographs: they are copyrightable, and the author of the photograph is the photographer and not the subject. The Ninth Circuit's recent case does not involve still images, however, but a sequence of still images that is a film that became internationally infamous and despised. But the Sarony principle still applies.

In July 2011, a small time actor, Cindy Lee Garcia, was cast in a cameo role in a film initially entitled Desert Warrior. She was paid $500 to speak two sentences: "Is George crazy? Our daughter is but a child?"

After the film was completed and heavily edited, the original concept of an action-adventure film of Desert Warrior became converted into an anti-Islam polemic and retitled Innocence of Muslims. Garcia's innocently spoken words were overdubbed into "Is your Mohammed a child molester?" Garcia only appeared on screen for five seconds.

Innocence of Muslims was uploaded to YouTube, translated into Arabic, and was blamed for fomenting unrest across the Middle East. Garcia claimed to receive multiple death threats for her role.


"[P]laintiff (Sarony) made the same ... entirely from his own original mental conception, to which he gave visible form by posing the said Oscar Wilde in front of the camera, selecting and arranging the costume, draperies, and other various accessories in said photograph, arranging the subject so as to present graceful outlines, arranging and disposing the light and shade, suggesting and evoking the desired expression, and from such disposition, arrangement, or representation, made entirely by plaintiff, he produced the picture in suit.

"These findings, we think, show this photograph to be an original work of art, the product of plaintiff's intellectual invention, of which plaintiff is the author ..."

Yet, Judge Kozinski ignored the 1884 Sarony decision by recognizing a performance copyright by an actor in a film, Remember that a film is nothing more than a sequence of related photos. So, if the Sarony decision denied a copyright to the subject of a single photo, then it is difficult to understand how Judge Kozinski can find a copyright in the actor's presentation when multiple photos are taken and laid end to end in a film.

The Ninth Circuit also noted an important difference between U.S. copyright law and the copyright law of many European countries. In Europe, authors have "moral rights" "to control the integrity of their works so as to guard against distortion, manipulation, or misappropriation." The U.S. copyright law does not recognize a similar moral right for performers. The World Intellectual Property Organization (WIPO), based in Geneva, has attempted unsuccessfully for several years to organize the world's countries into recognizing performance rights in audiovisual works. To date, no treaty recognizing performance rights has developed from WIPO's leadership.

Perhaps some day this may all change. But at present, the Supreme Court's 1884 view that the photographer, not the subject, owns the photographic copyright is being respected by the Ninth Circuit, and not disregarded as by Judge Kozinski.
Posted by Michael M. Ratoza at 1:23 PM

Email ThisBlogThis!Share to TwitterShare to FacebookShare to Pinterest
Labels: But The Ninth Circuit Didn't, Judge Kozinski Forgot About Oscar Wilde