It must be tough being Microsoft. This huge multi-zillion dollar company just can't seem to catch a break. It gets no respect. Apple is floating in the clouds with its ultra-innovative efforts. Wasn't Microsoft claiming to be the great innovator at one point in time? Paul Allen is brow-beating his former Microsoft friends, telling the world who the real Idea Man truly is. In your face, Bill! And now, the Supreme Court is kicking sand at Microsoft.

In Microsoft v. i4i, the Supreme Court today tells Microsoft that, while it is very sorry that Microsoft lost a huge jury award for willfuly infringing i4i's patent in some of Microsoft Word's products, too bad. Microsoft argued that its defense of patent invalidity should not be based on a clear and convincing standard but the less arduous preponderance of the evidence standard. Microsoft particularly argued that this should be the case when the Patent Office issues a patent without examining relevant prior art. Microsoft claimed that i4i's patented software contained elements of i4i's earlier software and therefore, because the earlier software failed to satisfy the on-sale bar, the Patent Office's issuance of i4i's current patent was faulty. Of note, the code for i4i's earlier software had been destroyed years prior to commencement of the litigation. i4i relied on the testimony of the inventors of the earlier software to explain verbally why the earlier destroyed software was not present in the patented software. [ I can only hope that the inventors did not use shadow puppets during their software testimony! ] In any event, Microsoft lost big time at trial even though i4i did not introduce into evidence its former code that was the subject of the on-sale bar! Brutal!

The Supreme Court explained that §282 of the Patent Act very clearly provides that an issued patent is presumed valid. The meaning of the term "presumed valid" is well settled in common law. Indeed, the Supreme Court cites to Justice Cardozo, and his analysis of over a century of case authority, confirming the clear and convincing burden of proof needed to overcome a presumption of validity.

Let's be clear. Whenever any court, including the Supreme Court, cites to Benjamin Cardozo, the appellant is going to lose. I am not aware of any court overturning Cardozo. Indeed, it should not have been necessary for Microsoft's counsel to read to the end of the Supreme Court opinion, where the court writes Affirmed, to know that Microsoft lost. This should be clear once Cardozo's name is mentioned early in the opinion. Hopefully, Microsoft will not be billed for any time reading past the name Cardozo. 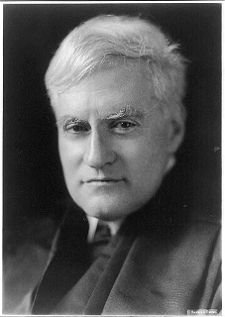 So, bottom line, the proof of invalidity requires a clear and convincing showing, just as has been the case for decades. Further, a jury is willing to believe a software inventor's testimony concerning software code that is destroyed and not introduced into evidence. Microsoft just can't catch a break.
Posted by Michael M. Ratoza at 10:33 AM