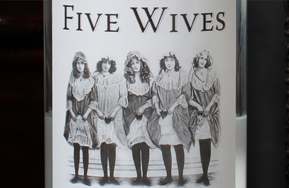 An Ogden, Utah distiller, Ogden's Own Distillery, is having a problem distributing its vodka in the state of Idaho. After obtaining approval from ATF (Bureau of Alcohol, Tobacco, Firearms & Explosives) for its label, and after obtaining federal trademark registration for its mark FIVE WIVES, the distiller has encountered the sensitivities of Idaho's liquor division. 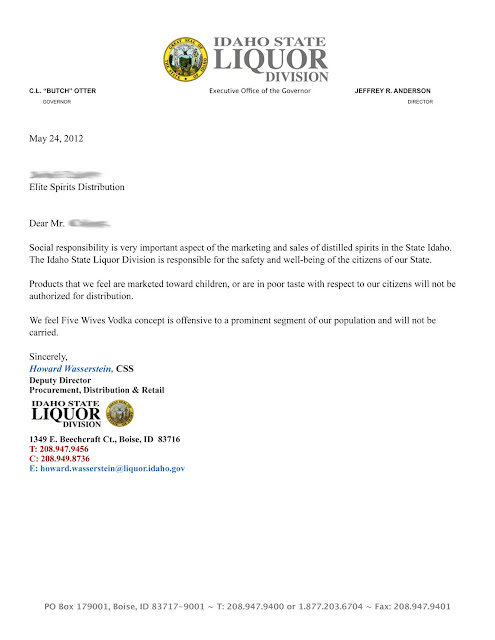 Idaho will not permit the distribution of Five Wives vodka because the concept "is offensive to a prominent segment of our population." There is no explanation of what this means, how it was determined, or what specifically about the product is offensive to the prominent segment. The problem cannot lie with the vodka itself, since Idaho permits the sale of many other brands of vodka. The shape of the bottle cannot be the problem, one would think. So, the only remaining option centers on the label. But ATF has determined that the label is fine, and the PTO (which is prohibited from registering a mark that is immoral or scandalous) has registered FIVE WIVES as a federal trademark. So, what can it be that has the Idaho liquor division so intoxicated?